After the Civil War, Prescott migrated with his growing family from Maine to Canada, to Minnesota, to Tennessee, and he settled in Springfield, MO, on June 28, 1885. He was a grocer and operated the Little Nobby Grocery Store in Springfield for years.

He was a member of the GAR. The September 1, 1912, Springfield, MO, Republican reported that Mrs. A. R. Prescott, as a surprise for her husband’s seventy-third birthday, entertained the Capt. John Matthews GAR Post and the Ladies Auxiliary Circle. Dr. W. C. Collard presented to the honored guest a “handsome gold-handled umbrella with his name engraved on it. The gift bespoke the high regard felt by members of the post for their comrade.” 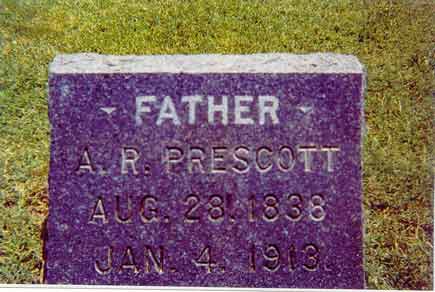