Lawrence Shields was born in December 1834, most likely in Dublin, Ireland. The name Lawrence Shields, a seventeen-year-old laborer, is listed on board the ship Stephen Baldwin, leaving from Liverpool, England and arriving in Philadelphia, Pennsylvania on the 13th of July in 1849.

Shields earned his citizenship by fighting in the Civil War. Having enlisted on April 19th, 1861 at the age of 25, he entered the Union army as a sergeant in the 3rd Ohio infantry, 3rd regiment Ohio, company H. His unit status of the Civil War was 4 officers died or were mortally wounded, 3 officers died from disease or accident, 87 enlisted men were killed or mortally wounded, and 87 enlisted men died of disease or accident.

He was eventually captured at Rome, Georgia on May 3rd, 1863 by the Confederate army, however he was paroled at City Point, Virginia, on the 15th of May, 1863, in a prisoner exchange. He was finally mustered out on the 21st of June, 1864, as first sergeant. he had sustained a gunshot wound through his left wrist during the war.

From his point of arrival until the 1880 census, no evidence has been found of Shields with exception of the Civil War records. The 1900 census lists Lawrence, a naturalized citizen by that point, with an arrival date to the United States in 1850. Because he is not found on the censuses of 1850, 1860, or 1870, and with several photographs depicting him with trains, it is probable that he was working on the railroads, moving constantly and being overlooked by the census takers.

The 1880 census lists Shields in Raton, Colfax Count, New Mexico, with his family, wife Margaret (Dawes or Dwane), 35 years old, and sons William Francis, age 14, Hugh, age 12, Edward, age 7, and Lorence, age 2. All of his sons were born in Tennessee with exception of Edward, having been born in Ohio. His wife, Margaret, had arrived rom Ireland in 1852, at the end of the potato famine.

In 1881, Margaret gave birth to the Shields’ final family addition, Maggie, in New Mexico. They remained in Raton, New Mexico through 1890. The veteran schedule finds him here, listed with his wrist injury from the Civil War.

Lawrence Shields died on April 1st, 1905 at the Old Soldiers home in Leavenworth, Kansas. He is buried at the National Leavenworth Cemetery in Kansas. 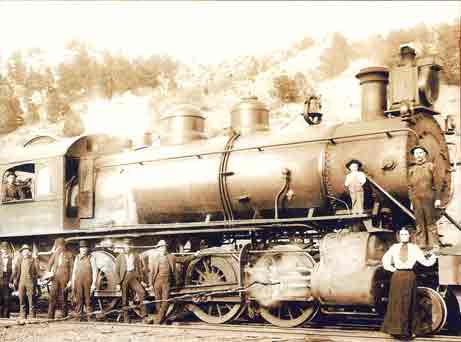 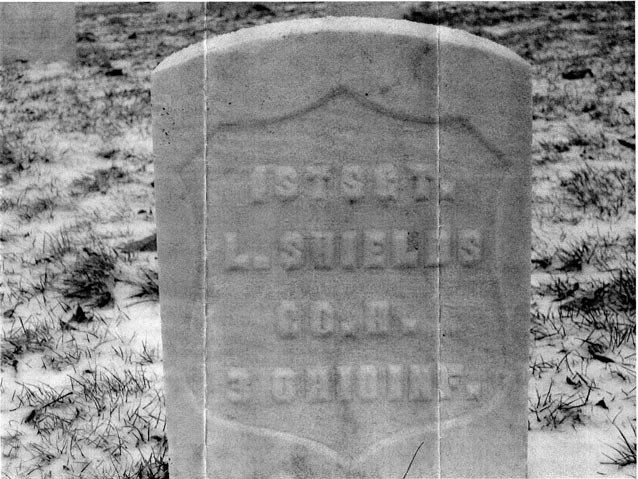