Thatcher Severance, born July 16, 1827, in Carroll, Maine, was the first of eight children born to Ephraim and Eliza Merriam Severance.  He was a descendent of John and Abigail Kimball Severance, English immigrants to America in 1637.  His grandfather, Ephraim Severance (1759-1825), was a Revolutionary War patriot.

On December 5, 1863, Thatcher Severance, a 36-year-old farmer, enlisted as a Private in the 1st Maine Heavy Artillery Regiment, Company H. This regiment served in the defense of Washington, D.C., before being assigned to the Army of the Potomac during the Overland Campaign in the spring of 1864. The regiment experienced tragic losses in the Battle of Spotsylvania Courthouse (May 8-21, 1864) and in the Siege of Petersburg (June 18, 1864 – June 2, 1865).  Wartime casualties of this regiment were among the highest of the entire Civil War.

Private Thatcher Severance was admitted to Douglas Hospital in Washington, D.C. on September 9, 1864; he died there of disease September 29, 1864. He is buried at Arlington National Cemetery, a military cemetery opened in 1864, in Arlington County, Virginia.

A monument to the 1st Maine Heavy Artillery stands on the Petersburg National Battlefield, Petersburg, Virginia. 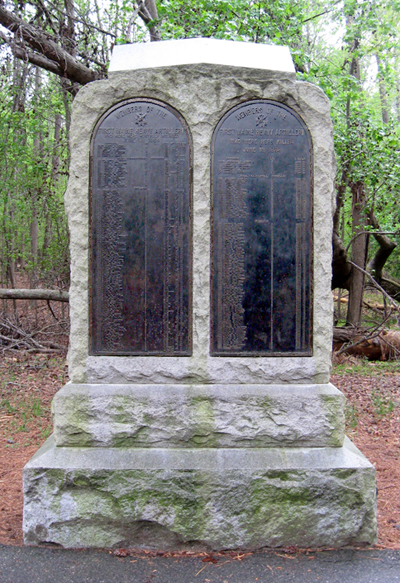