He enlisted in the 121st Regiment, Company C, Ohio Volunteer Infantry on 11 Aug 1862 with the intention to serve 3 years. He was a 1st Sargent. Unfortunately, 8 months later he was given a medical discharge by reason of Surgeon’s Letter of Disability on 17 Feb 1863 at Columbus, Ohio. On 8 Oct 1862 William fought at the Battle of Perryville, Kentucky.

In 1895, as part of the Oklahoma Land Rush, William moved his family to Caddo, Oklahoma. He eventually migrated to Hollister, California in September 1904. The family lived on San Benito Street until his death on 2 November 1910. He is buried at the Odd Fellows Cemetery in Hollister. 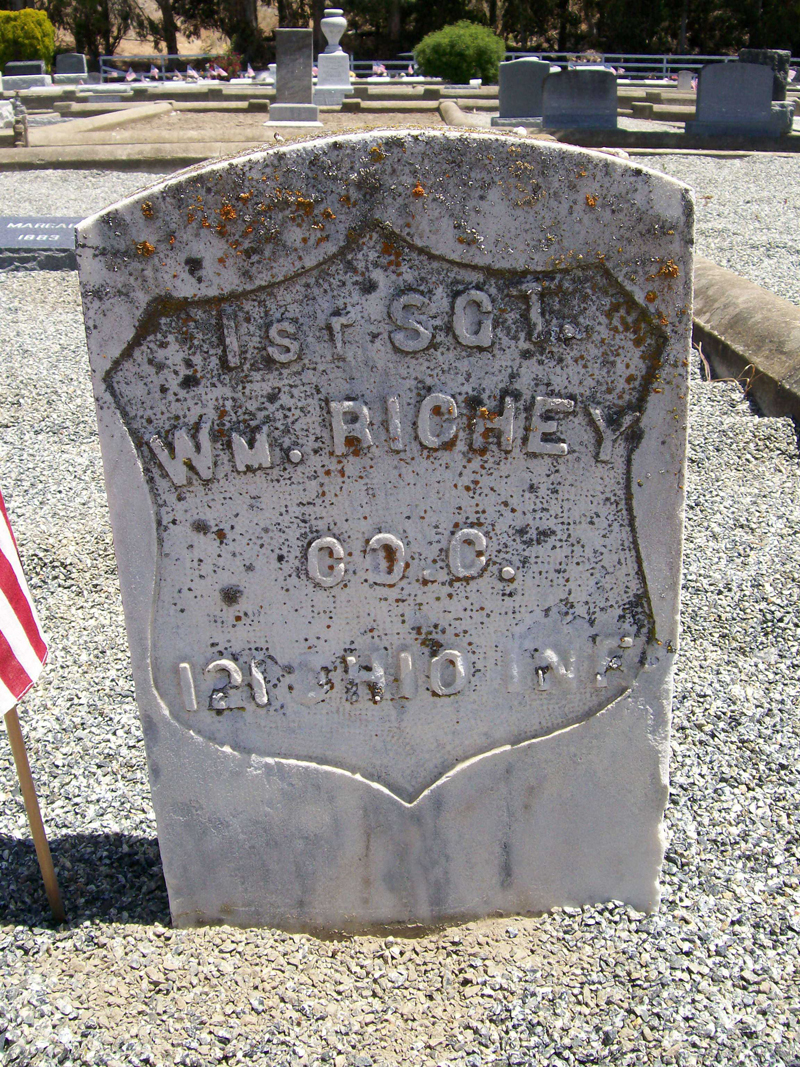